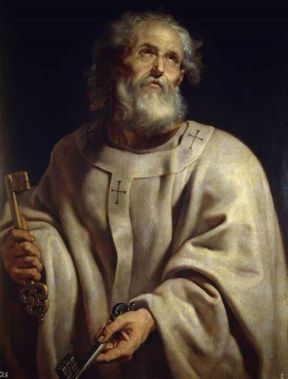 Peter was the leader of the apostolic band. A fisherman by trade, he was far from being perfect and had a fiery temper. Like all of us, he often got things wrong because of his weakness (he denied Our Lord three times!), but he loved Jesus with all his heart, and that love led him to repentance and to Jesus making him the overseer of His Church. As Catholics we cherish and obey his successors, the Popes of Rome. His symbol are the Keys (Mt 16:19), and his feast day the 29th of June.

St Peter, we ask you to help us follow your example as patron of our House. Give us determination and courage to follow our faith and listen to God each day. Amen.

Teresa was a remarkable woman who lived in 16th century Spain. A nun, she undertook to reform the Carmelite Order which had become a lax in its observances, but met with great opposition. She was not discouraged but persevered trusting in God, and eventually succeeded. She was also a great mystic who wrote some beautiful treatises on the spiritual life, and was honored with the title of Doctor of the Church by Pope St Paul VI. She famously said God withholds Himself from no one who perseveres! Her feast day is the 15th of October.

St Teresa, we ask you to help us follow your example as patron of our House. Help us to always pray and talk to God through every circumstance, putting him first in all things. Amen. 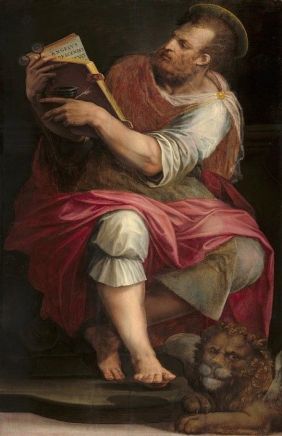 We don’t know much of St Mark, except that he might have been the cousin of St Barnabas, Paul’s companion. He is traditionally believed to be the founder of the episcopal see of Alexandria, one of the most important of Christianity. We do know that at some point he became associated with St Peter and collected his sermons into what we now call the Gospel according to Mark, considered the earliest of the four gospels. His Symbol is the Lion and his feast day the 25th April

St Mark, we ask you to help us follow your example as patron of our House. May we have confidence in our faith and strive to make God’s message known to everyone. Amen. 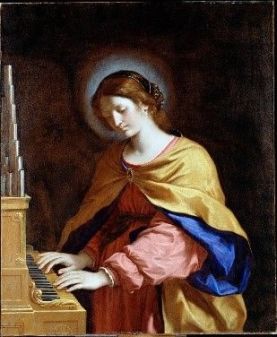 As for many of the earliest Christian martyrs, we don’t have many historical records of their lives apart from the circumstances of their death. Traditions has it that Cecilia was a Christian noblewoman who, despite she had made a vow of virginity, was forced to marry the pagan Valerian. He converted to Christianity and respected her vow, and they were both killed for their Christian faith in AD 210 under Emperor Alexander Severus. She is the patron saints of musicians because during her wedding she sat apart “singing to God in her heart”. Her feast day is the 22nd of November.

St Cecilia, we ask you to help us follow your example as patron of our House. May we be guided by God’s love as you were, and have confidence in our faith even when we have doubts and questions. Amen. 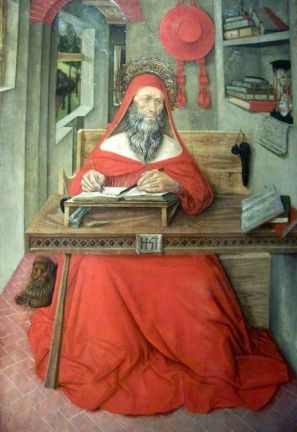 Jerome was born in Dalmatia around AD 347. After a monastic experience in the East, he went to Rome and became secretary of Pope St Damasus. Very well versed in Hebrew, Greek and Latin, while in Rome he translated the Bible into Latin, and his translation (commonly called Vulgate) is still the basis of most of Bible versions available. He famously wrote: Ignorance of Scripture is ignorance of Christ. His feast day is the 30th of September

St Jerome, we ask you to help us follow your example as patron of our House. Help us in our studies; to focus, to learn, to ask questions and to rely on God to guide us always. Amen. 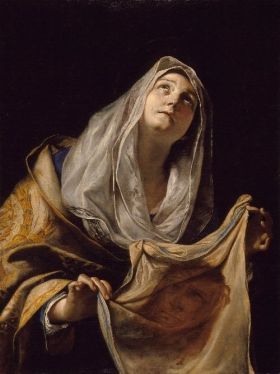 St Veronica is believed to have showed pity towards Jesus as he was making his way to the place of crucifixion after the scourging and beating. According to tradition she offered him a linen cloth which he used to dry his forehead and then returned to her with an impression of his face. Her act is remembered today during the sixth station of the Stations of the Cross. There are several existing images that are each purported to be the original Veil. Her feast day is the 12th of July.

St Veronica, we ask you to help us follow your example as patron of our House. Help us to show God’s love and compassion in everything we do, knowing that it will always make a difference. Amen.

How to find us